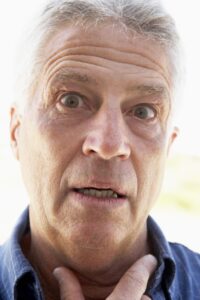 Did you know that sexual orgasm can skew a man’s PSA test results? For men concerned about prostate cancer, abstaining from sex for two days before testing is an important precaution in order to get an accurate reading.

You don’t have to search for long on the Internet to find numerous medical sources recommending that men abstain from any type of sex for 1-2 days before taking a PSA test.  (48 hours being common.)  Otherwise, your test results may be skewed and indicate you have a higher PSA count than you normally do.  Yet, even though this caution is listed in conventional medical resources, I have yet to come across a single man whose doctor told him this!  Once again, we must visit the alternative cancer treatment world to find out this type of information.

Moreover, there are a number of other activities besides sex that should be avoided for 1 to 2 days for test results to be accurate.  For instance, many medical sources recommend that, besides sex, men should also avoid any activity that jostles or puts extra pressure on the prostate gland up to 48 hours before PSA testing.  This includes activities such as bike riding, motorcycling, horse riding, or riding an ATV or tractor.  These types of activities seem to cause higher PSA counts due to the extra pressure put on the gland.  But men rarely hear about any of these precautions, either!

It may seem like a lot to ask, but you really don’t want to have an artificially elevated PSA score.  That can lead to all kinds of trouble, including, in some cases, a painful needle biopsy procedure to rule out cancer.

Prostate cancer is the second most commonly diagnosed type of cancer in men, with lung cancer being the first. So, it’s no wonder that many men routinely get their PSA level checked in their annual medical exam or if there appears to be a problem.

The PSA blood test looks for something called “Prostate Specific Antigen,” which is a type of protein primarily produced in the prostate gland.  (Specifically, it can be produced by each prostate cell.)  Though this test can be a valuable tool in the diagnostic process, it is not nearly as accurate at measuring cancer as many doctors lead patients to believe.  For example, about two-thirds of all men who have what is considered an elevated PSA do NOT have prostate cancer.  And, on the other side of the coin, about 20% of all men who are KNOWN to have prostate cancer have a normal PSA count!

The problem is that even though the PSA test has its failings, it is often treated as a perfect indicator of cancer.  Be very careful to NOT fall prey to this widespread misunderstanding.  The truth is that PSA levels are only an indirect measure of something happening in the prostate gland.  Not a direct measure of cancer.  And there is no “normal” or “abnormal” PSA level that applies to every man.  This is because there are many factors that can affect the PSA count, cancer being just one of them.

As always, I am a big proponent of understanding what we’re working with, and my research indicates that there are some major misunderstandings about the PSA in conventional medicine.  In fact, according to Dr. John R. Lee, one of the world’s foremost experts on hormone-related cancers for both men and women, there are some very important yet common misunderstandings about the PSA, prostate cancer, and the effect of testosterone on cancer.  These are not misunderstandings just among the general public, either, but have propagated through mainstream medicine after being erroneously set in place decades ago.

According to Dr. Lee, oncologists have been duped with the wrong information and men have been suffering from this for many ears.  Fallacies such as the idea that testosterone feeds cancer.  In Chapter 20 of my book, I go into detail explaining Dr. Lee’s ideas on how testosterone is actually anti-cancer, and the PSA compound itself is also anti-cancer because it has anti-angiogenic properties.  This means that it stops new blood vessels from being formed to feed a tumor that is growing fast.  According to Dr. Lee, the last things you should do when you have prostate cancer is block your testosterone production or try to get your PSA count to go down. Also according to Dr. Lee, the PSA count can never be trusted as an accurate indicator of cancer when a man is taking a testosterone-blocking drug.

But even though a man’s PSA count is not a perfect indicator of cancer, and there are myths and misunderstandings about the PSA, testosterone, and hormone-blocking drugs, it can still be a worthwhile tool when used along with other tests.   So if you’re going to get a PSA test, at least do yourself a favor and avoid sex and the other activities mentioned for 48 hours beforehand to avoid any unwanted cancer scare or further invasive testing.  Or, if you are not able to abstain from the aforementioned activities and your PSA test shows an overly high score, you can always request that another PSA test be done right away!

More details on how to understand the PSA, Prostate Cancer, and Hormone-Blocking drugs for men are presented in Chapter 20 of Outsmart Your Cancer.

Why Avoid Mountain Biking and Skateboarding?