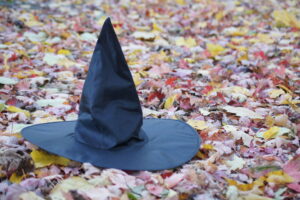 Protocel is a liquid formula that has produced simply AMAZING results for many people using alternative cancer treatments over the years.  Jim Sheridan took cancer treatment in a new direction when he developed this special non-toxic formula that uses an unusual mechanism of action on the cellular level to make cancer cells literally fall apart!

In this article, I’d like to talk about Protocel’s unusual mechanism of action because it is a good example of how varied cancer treatments can be, as well as how fully understanding an approach can be critical to achieving optimum results with it.

When the American chemist, Jim Sheridan, developed this formula, he took cancer treatment in a different direction than others had done.  Instead of introducing a poison to kill the cancer cells, and instead of boosting the body’s immune system to fortify a person’s own ability to overcome their cancer, he followed the concept that cancer cells were already operating on reduced energy and more primitive in their functioning than normal healthy cells.  His goal was to reduce their energy even more and force them down the ‘oxidation-reduction’ ladder to become even more primitive.  The formula he came up with does this is by interfering with the production of ATP in anaerobic cells.

Since all cancer cells are primarily anaerobic,  they eventually fall apart when a person uses Protocel because they get to a point where they no longer have enough energy to hold their membranes together.  In biochemistry, this process of cell membranes bursting is called ‘lysing.’  Healthy cells are NOT primarily anaerobic, and they are not negatively impacted.  (For a much more detailed explanation of Protocel’s history and how it works, see Chapter 9 of Outsmart Your Cancer.)

Years ago, I came up with an analogy between Protocel and the classic movie, ‘The Wizard of Oz’ and found it helpful in explaining to people how Protocel works.  In the Wizard of Oz, as you may remember, the wicked witch was seemingly immune to being killed.  None of the normal ways of killing someone, such as stabbing, strangling, poisoning, or shooting with a gun would work on her.  But, like all evil villains, she had a secret weakness.  This was revealed at the end of the movie, when it was discovered that the only way to kill the wicked witch was to pour water on her.  When the characters in the movie finally got her wet, she immediately melted down into a lifeless puddle of goo.  There was no whole dead witch on the ground . . . just harmless wicked witch parts.

This is very similar to what Protocel does to cancer cells, though not through the use of water!

Every cancer cell that lyses and falls apart due to Protocel could be said to be like a tiny little wet wicked witch.  A tiny little ‘pile of goo’ so-to-speak, which is mainly just made up of the harmless protein parts of the cell.  But keep in mind that the most common methods of killing cancer cells, such as with toxic chemotherapy drugs, DON’T cause cancer cells to fall apart into little piles of goo.  They just poison them and cause them to die as a whole dead cancer cells.

My understanding is that our bodies can process out dead cancer either way.  In other words, either as whole dead cells, or as broken down cells that are now piles of goo.  But there are different ways these two methods of killing cancer can impact a person’s recovery process.  Thus,

How Cancer Cells are Killed  MATTERS!

Our bodies are used to processing out dead cells all the time.  It is simply a normal part of life and there are mechanisms and pathways for accommodating this perfectly natural process.  When cancer treatments kill off a lot of cells at once, there may be more dead cells for the body to process out than normal, but that’s generally no problem because it is what the body is used to doing.  Getting back to the Wizard of Oz movie, putting a dead witch onto a stretcher to carry her away after she’d been strangled, shot or stabbed would be a relative straight-forward maneuver.  However, it could be quite a bit more tricky and require some creative thinking to remove a dead wicked witch after she’d been splashed with water and turned into a pile of goo.  Think of how sticky and messy cleaning up a pile of goo would be?

Maybe I am overusing this analogy.  But the fact is that it explains a lot of what people go through when they take this easy-to-use liquid formula.  For instance, it explains why it is so important for people taking Protocel to drink a lot of water in-between their doses.  This is because lysed egg-white-like material can clog up small lymph vessels or other areas as its being processed out.  Drinking lots of water keeps the lysed cancer cell debris moving out of the body more efficiently.

Seeing the Broken Down Cancer Come Out

What if you were told you could drink less than a teaspoonful of liquid every 6 hours and you would then see evidence of your cancer coming out of your body?  Well, this often happens for people using Protocel.  Though not every cancer patient will see lysed material (broken-down cancer cells) coming out, many do.  It most often takes the form of an egg-white-like mucousy substance showing up in the bowel movements, coming out in the urine or sweat, or as an intermittent runny nose.  Once in a while, lysed cancer cell debris will even come out of the body as very white material.  I have actually seen more than one dog with cancer vomit up such white material after being given Protocel that it looked like the dog had eaten a pile of chalk!

We don’t usually see any evidence of cancer cells coming out of the body when a person is taking chemo, because they are microscopically small, individual whole dead cells that are efficiently processed out through normal pathways.  On the other hand, our bodies are not used to processing out countless little piles of goo, so it tends to build up a little before it comes out.  This can also cause some extra swelling in the cancer area that needs to be interpreted correctly.  For instance, if a woman’s malignant breast cancer tumor gets bigger and more firm over time, this is usually an indication of the cancer growing.  But if a woman’s breast tumor feels somewhat softer after taking Protocel for a while and the whole breast has swollen, that could be an indication that the tumor is lysing and the woman needs to drink more water and possibly jump on a mini-trampoline to move the lymph fluid and get that lysed material to process out of the breast.

As I mentioned in my last article, seeing the lysed cancer cell debris coming out of the body in various ways can be very encouraging to a person with cancer and can also be used as a sign to the person that the way they are using the formula is working.  (Though you DO still have to make sure it is working fast enough to get ahead of the cancer growth and will normally want to use as many diagnostic tools as you can to be sure of your progress.)

I should point out briefly that there ARE some other cancer-killing treatments besides Protocel that may cause the lysing process to occur as well.  For instance, some people have reported that radiation treatments (which also can reduce cell energy) may cause some signs of lysing, and the few chemo drugs that are classified as ‘anti-metabolite’ drugs may cause some cancer cells to lyse.  Even a few natural compounds, such as Paw Paw, are known to reduce the energy production of cancer cells and may therefore cause lysing, too.  But I don’t believe any of these other approaches cause the lysing process to occur quite as much as, or as dramatically as Protocel does.

Compared to other alternative cancer treatments, Protocel is one of the easiest to use.  But the way it causes cancer cells to fall apart can cause confusion when a person does not totally understand it.  Unfortunately, one of these areas of confusion can involve cancer marker blood tests.

Blood marker tests always measure some type of substance that cancer cells put out into the blood.  Usually, it is a protein of some type.  Normally, as tumors grow and spread, there is more and more of this substance to be found in the blood.  And when cancer cells die off as whole dead cells (again, such as with chemotherapy), there will be less and less of the marker to be found in the blood.  This is because whole dead cancer cells hold onto any marker substances they have not yet released.  They go to their grave with their markers, so-to-speak.

But a person using Protocel will have a different experience with blood marker tests.  Because Protocel causes cells to burst, this process RELEASES cancer markers into the bloodstream at a rate that would normally indicate the cancer is growing.  Thus, we have a situation where cancer marker blood test results may increase dramatically as the cancer is breaking down.  Oncologists and others who do not understand Protocel will naturally assume that the person’s cancer is growing when they see the cancer markers go up.  Obviously, this can be problematic and it is up to the patient, or Protocel user, to logically ascertain what is really happening and what their status is by also looking at scans and evaluating any changes in their symptoms.  Unfortunately, some people have stopped using Protocel when their cancer markers rose because they thought their cancer was growing and spreading, when it may have actually been reducing and going away.

Cell Energy, Schedule of Use, and Other Supplements

Jim Sheridan designed his formula to reduce the cancer cells’ energy in the body until they fall apart.  But they don’t do this overnight or ever all at once.  One normally takes Protocel every 5 or 6 hours and keeps a steady amount of it in their bloodstream around the clock every day.  This steady approach is akin to gradually running down the battery of a car until it finally ‘dies.’  If the person using Protocel goes too long in-between doses or skips doses, then they will not have the same success making their cancer cells fall apart as they would if they kept a steady amount of it in their bloodstream at all times.  They will also not have the best success if they insist on eating sugar or taking supplements that promote ATP production while using Protocel.  Once a person really understands how Protocel causes cancer cells to fall apart, then they know why the constant schedule of dosing and avoiding certain energy-promoting supplements is so important.

Though Protocel is quite easy and straightforward to use, issues may arise that are indeed counter to how we are used to thinking.  I hope this article and the analogy of Wet Wicked Witches helps!

For more details on the history and mechanism of action of the Protocel formula, plus impressive testimonials and how to use it for optimum results, see Chapters 9, 10, 11, and 12 of Outsmart Your Cancer.

Should We Still Be Running For The Cure?