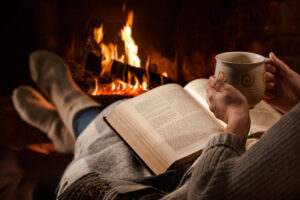 MERRY CHRISTMAS EVERYBODY!  At Christmas time, Peace on Earth is an important theme.  Of course, peace is not always just political . . . it can occur in many different ways, such as when dealing with a cancer diagnosis and not wanting the cancer to recur after remission.  In this article, I want to talk about how the use of non-toxic alternative cancer treatments can bring about “peace of mind” and, specifically, what a good choice the Protocel formula can be for this.

In late 2013, 74-year-old Ellen (not her real name) was having issues with Irritable Bowel Syndrome and elevated liver enzymes.  It was unclear as to why her liver enzymes were up, so her doctor referred her to a specialist.  An endoscopy procedure was performed and the specialist had a question about something that showed up, so a CT scan was recommended.  Ellen went to John’s Hopkins for the scan and to consult with a surgeon.  It was now early 2014, and the scan showed what looked like cancer in the pancreas.

Ellen was scheduled for surgery, during which her surgeon found that it was, indeed, pancreatic cancer that she had.  He performed a Whipple procedure, which is where part of the pancreas is removed, and he also saw that the cancer had metastasized to the duodenum, where the stomach joins with the intestines.  So, the surgeon removed Ellen’s duodenum as well and took out 19 lymph nodes which, fortunately, were all clear.

In hindsight, Ellen was very lucky that her cancer was caught as early as it was, because the surgery alone put her into remission.  (Meaning there were no longer any signs of cancer according to diagnostic tests.)  But, even so, her surgeon was not overly optimistic.  In fact, he suggested to Ellen that she “get her affairs in order.”  When Ellen asked about her chances for survival, he led her to believe that with chemo, she might live about 5 more years.   It was clear that in his opinion, there were free-floating cancer cells still in her body, so the cancer would grow back.  He did not believe chemo would be able to cure her.

In fact, Ellen found out that the official statistics after a Whipple procedure when the cancer is caught this early indicate only a 20% chance for recovery in 5 years.  The surgeon told Ellen to “hope for the best, but plan for the worst.”  This statement was devastating to Ellen.  Luckily, her oncologist was somewhat more hopeful than her surgeon was.

Ellen agreed to undergo a heavy chemo protocol post-surgery, where she was given chemotherapy for 3 weeks out of every month over 6 months.  Finally, when this was finished in March of 2015, she was able to relax.  However, by September, a cancer marker blood test called the CA 19-9 was very high.  Since this most likely indicated her cancer was back, Ellen chose to treat it again . . . but this time with Protocel Formula 50.  The way Ellen found out about Protocel was by telling her gynecologist about her cancer.  The GYN suggested she contact another patient who happened to be Julia, the pharmacist in the article dated October 25, 2017 on this blog.  Julia told Ellen about her own cancer recovery from metastasized breast cancer and suggested she read OUTSMART YOUR CANCER.

Once Ellen started taking Protocel, there was an amazing psychological change in her.  As she describes it, Before Protocel, my life was all about the cancer and dying.  I got my affairs in order and constantly badgered my husband about how he should do this or that after I died.  But once I started taking Protocel at 1/2 tsp. every 6 hours, I just stopped worrying.  For the first time, I felt like I  was in control, not the cancer!  This made my husband much happier, too, because I became calm and stopped talking about my death all the time.

Ellen has taken Protocel for 2 years now and, at 78 years old, has no intention of stopping it.  She gets a CT scan every 6 months and continues to be clear of cancer.  She never told her oncologist what she was doing and to be fair, the CA 19-9 test may have been elevated because her liver enzymes were out of whack.  Thus, Ellen cannot claim that Protocel cured her cancer, yet at the same time, it is very possible it has indeed kept the cancer from recurring.  At any rate, the peace of mind that Protocel continues to give Ellen has been priceless!

COMMENT:  Taking Protocel or any other good alternative non-toxic approach is a great idea when someone is in remission.  Rather than simply waiting to see if the cancer is going to come back, the person can take charge and be proactive.  This not only functions to help keep the cancer from growing back but, as with Ellen, it can relieve a person’s fears that are also often accompanied by a terrible sense of helplessness.  This, in turn, can allow the person to enjoy life again.  Protocel is a particularly good choice for this type of “proactive peace of mind” because it is so simple to take that it does not “define” a person as someone fighting cancer the way other approaches involving juicing, coffee enemas, lots of supplements, or intravenous treatments might.   The Protocel user can easily focus on living his or her life as a normal person again!

A Deadly Roller Coaster of Remission and Recurrence