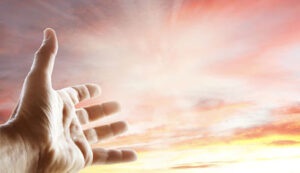 In 2006, Anita Moorjani was lying in a hospital bed, losing her battle with cancer.  Her organs were shutting down and her lungs were filling with fluid as she went into a deep coma.  Doctors did not believe she would live through the night.  But Anita did not die.  Instead, she had a profound near-death experience (NDE) where her awareness crossed over to the “other side.”  In that state, she was able to understand everything about her life from a cosmic viewpoint, so-to-speak, including WHY she got cancer in the first place.  After understanding that and more, she came back and detailed her experience in the best-selling book, Dying to Be Me.

In Dying to Be Me, Anita relates how everything became clear while her consciousness was on the other side.  For instance, she realized that the development of her cancer was caused more by her own beliefs and fears than any physical factor.  She also knew that if she decided to come back and live again, her cancer would go away by itself without treatment.  Indeed, it did go away.  Within a few short weeks, Anita’s many tumors were gone and she has remained cancer-free with no treatment ever since!

Anita has now come out with her second book, What if This is Heaven?  In this book, like the first one, she talks about the role  our thoughts and emotions play in the development of disease.  One thing I particularly like about what she learned is that we needn’t worry overly much about each and every thought we have.  (For instance, making sure our thoughts are all positive and there are no negative ones.)  On page 166 of her latest book, Anita writes, “. . . while positive thinking and affirmations are valuable in many ways, there are times when they’re not helpful in the least!  They can act like Band-Aids that simply cover a wound so we can’t see it.”  Her advice is to not fight and especially to not fear our thoughts, but to notice and accept them as a part of us.

To Anita, the most important factor in the mind/body connection is how you feel about yourself.  Personally, I believe there are many aspects of the mind/body connection that can be discussed, but this particular point of hers is truly worth taking in.  In her case, she shares that she did not feel good about herself and had lots of fears throughout her life.  For many, many years, she put judgments and restrictions on her own behavior to please others and feel worthy.  In her near-death experience, she was able to see that the cancer was just her own unexpressed power and energy turned in against herself, since she wasn’t expressing it outward.

If you are interested in more details, I highly recommend both books.  I have found her discussion of the mind/body connection fascinating and convincing.  The main message she has for others is simply to “Love yourself unconditionally and to be yourself fearlessly.”  An excellent message, indeed!