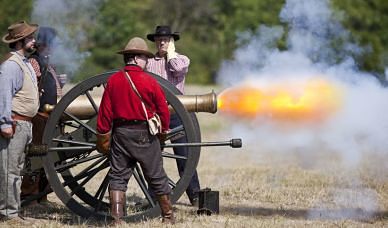 Just about everyone has known someone battling cancer, often within their close family sphere. And, if asked how they feel about cancer, just about everyone will give the same answer. They’re TERRIFIED of it! They’re terrified because, in most cases, they’ve either observed a loved one or heard about someone suffering and fighting the disease valiantly for months, maybe even years . . . then dying. Why don’t toxic conventional treatments work better?

Most people would say, “Well, it’s because cancer is such an awful disease!” And, in truth, we have been led to believe that cancer is some sort of terrible affliction that no one really understands, and that’s why so many people lose their battle with it. This is just NOT true. While cancer may be a formidable foe, it is actually very WELL understood .  But only in the field of alternative cancer treatment. In fact, studying alternative cancer treatments is the best way to learn how cancer cells function and how to interfere with that functioning to make cancer go away.

What if the REAL reason that so many cancer patients die of their disease is simply because they were given a type of treatment that was never going to be able to cure them and has shown almost zero effectiveness at bringing about real cures for decades.

The whole history of using highly toxic treatments to treat cancer has had inherent problems from the get-go, and more and more doctors are recognizing this. But, first of all, let’s be clear about our terms. When I talk about “toxic treatments,” I am referring to any treatment that is indiscriminately damaging to living cells, whether they are cancer cells or healthy cells. Chemotherapy and radiation are not only toxic, they are highly toxic and indiscriminately toxic.  Even the “targeted” protocols are toxic, though they may cause less damage to healthy cells than the regular methods.

Surgery is NOT considered a toxic treatment and is actually the best tool modern oncology has in its toolbox for treating cancer.  But the cancer must be caught very early, confined to just one area, and in a location that can be operated on safely for surgery to have a chance at being curative.  Most of the time, surgery is used at first to reduce the cancer load, but patients are expected to rely on chemo or radiation for their long-term cure.  So, most cancer patients in the conventional medical system end up relying on a toxic treatment or combination of toxic treatments to get well again.

You may be thinking, “Well of course they do! Don’t cancer patients HAVE to have toxic treatments to get rid of their cancer?”

No. Not that kind of toxic. In fact, when a treatment is indiscriminately toxic to all cells, that’s when they are LESS likely to bring about a long term cure!

Non-toxic treatments, on the other hand, may be deadly to your cancer cells, but they are not harmful to your healthy cells. They are referred to as “non-toxic” because they don’t harm the healthy parts of your body. This is not actually so difficult to achieve as you might think because all cancer cells have certain characteristics that are different from normal healthy cells. When you use an alternative non-toxic approach, you simply target those characteristics in a smart way that leaves the rest of your body completely unharmed. It is the main premise of my book and why I chose the title, Outsmart Your Cancer.

Now we are finally getting to the reason why conventional medicine’s cure rate is so bad. The problem is with how toxic treatments have to be administered. When a treatment is toxic not only to your cancer cells but to your healthy cells as well, then there have to be breaks in the treatment in order for the patient to recover. (From the treatment, not the cancer.) In other words, if a person were given either chemotherapy or radiation 24 hours a day, 7 days a week, for weeks or months, there is no doubt that the patient would die from the treatment.

So what is the result? The result is that significantly long breaks in treatment are built into every chemotherapy regime or radiation treatment plan so that the cancer patient can recover from the toxic treatment before being given another round. But here is the nugget of truth they DON’T tell you. While your body is trying to recover in-between chemo or radiation treatments, the cancer is recovering, too! And the thing about cancer cells is that they are like cockroaches.  Any that are left alive are very quick to multiply!

It’s similar to having a cockroach infestation in your house and deciding to get rid of it by firing off a canon at your home. Yes, you might get rid of the cockroaches at some point. But in order to be sure that you’d killed every last cockroach, you’d have to keep firing the canon over and over so as to not let any of the bug population grow back and multiply again. Thus, it’s a good bet you would destroy the house in the process! If you’re using “targeted” canon fire, you may do better and only destroy all the cockroaches in just one room, but what are the chances there are still some scurrying around under the floors and in hidden places in other rooms? Pretty high.

Killing cancer cells with toxic treatments is like trying to kill cockroaches with canons.
You may kill a lot of bugs short-term, but to kill them all, you’d destroy your house in the process!

Yes, there are times when chemotherapy or radiation is warranted, so I’m not saying that toxic treatments should never be used. But the benefits of highly toxic treatments are limited to a small percentage of cases and often only for short-term results, such as when a mass is so big that it needs to be reduced quickly to rescue the patient.

At this point, you may be wondering, “What about chemo-induced remissions, like my uncle had? How can toxic treatments be so bad when they are sometimes able to bring people into complete remission with clear scans?” Well, stay tuned. I’ll be writing more about this issue in my next blog article!

No Sex for 48 Hours Before Your PSA Test!