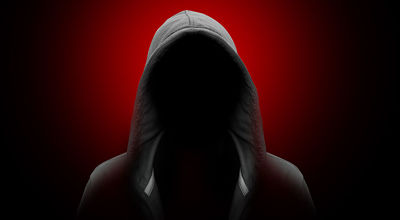 At this point, some of you reading this blog may be confused by my references to conventional medicine’s dismal track record at curing cancer.You may feel compelled to say, But I heard that most cancers, if caught early, are curable.  This is a very common advertising statement from cancer treatment centers and mainstream medicine in general.  But is it true?  Unfortunately, no.

Anyone diagnosed with cancer is at a big disadvantage right from the start  . . .  but not because they have a challenging health condition.  The disadvantage is that there are not only two very separate worlds of cancer treatment to look into, but there is also a sinister hidden deception that can sway a person’s treatment decisions in a very dangerous way.  This deception has no face and hardly anyone knows about it.  But if you have cancer, you MUST know about it!

The words, “cure” and “cured” are common terms of health, and we all know what they mean.  They mean, in general, that a health problem has been overcome and the individual returned to his or her previous state of health.  When we want to know the “cure rate” of any particular treatment, we assume that the statistics are going by the common definition of those words.  But, wait, there has been a bait and switch.  A terrible deception that goes like this:

In the conventional cancer treatment world, the word “cured” has been redefined as “alive 5 years after diagnosis.”   And this is the definition that is used for recording official cure rate statistics!

This didn’t just happen yesterday, either.  This unusual definition of has been in use and behind the statistics quoted to you by your doctor for decades!

Okay, I’m going to back up and describe this another way, just to make sure it’s clear.  Let’s say a woman is diagnosed with an aggressive breast cancer.  She submits to whatever her oncologist recommends, which involves cutting off her breast, then undergoing chemo, which makes her ache and puke.  She’s miserable and her hair falls out.  She experiences strange sores and sees her fingernails burn black.  The rounds of chemo knock back the cancer for a few months, but don’t get rid of it completely, so she is given more chemo and also some radiation treatments that burn her skin and probably damage the blood vessels to her heart.  If she does ever recover from her cancer at this point, she will have a higher likelihood of early death from a heart attack.  Unfortunately, five years and two weeks after she was diagnosed, she does die . . . full of cancer . . .  because the toxic treatments were never able to fully get rid of her disease  Unbelievably, this woman is then recorded as  CURED in the official cure rate statistics because she lived more than 5 years after she was diagnosed.  It doesn’t matter that she was still full of cancer because this is how a “cure” has been defined in conventional cancer treatment statistics!

The only reason mainstream medicine can make the statement, “Most cancers, if caught early, are curable,” is because the earlier any cancer is caught, the more likely the person will still be alive 5 years later!  (Even though they may be mutilated, poisoned, and still full of cancer.)

I’m not sure, but I believe that this way of recording may have started in a well-meaning fashion where, if a person’s cancer was in remission (no signs of disease) for five years, they were considered cured on the books.  Then, at some point, the method of recording was broadened from those in remission five years to those simply alive for five years.  This change may have initially come with the words “survival rate” attached to it.  But eventually, survival rate began to be used as an indication of cure rate, such as in the statement, “Most cancers, if caught early, are curable.”   As a way to make conventional cancer treatment methods look good, it was a brilliant move.  As a way to deceive cancer patients as to what their chances for recovery really are, it was deadly.

Please be aware and be cautious if your oncologist tells you that a particular protocol has, for instance, a 60% cure-rate.  What this means at best is that 60% of the patients given this protocol were alive 5 years after they were diagnosed.  And I say, “at best” because there are other ways conventional cure rate statistics are fudged as well.  (See Chapter 1 of Outsmart Your Cancer for an in-depth description of a total of 6 ways that cancer treatment statistics are officially fudged.)

What I worry about is that many doctors, themselves, may not even know that this term has been redefined for the purposes of reporting cure-rate statistics.  I doubt that it is something doctors are made aware of in their training and one has to do some searching to find all this out.  Thus, many of them may also be misled to think that the official cure-rate statistics really mean “cured.”  It is probably the main way that false hope may be promoted by your oncologist.

False hope can be offered in even more personal ways by your doctor, too.  For instance, oncologists often know they cannot cure you and sometimes they will be up front with you about this.  But a lot of times they won’t.  Your doctor may be a very caring person who wants to keep your spirits up.  But since he or she probably doesn’t think you have any other treatment options, they may not want you to know that the treatment they are prescribing for you is merely meant to prolong your life a little.  it is important to pin them down on this and not allow your doctor to beat around the bush.  I have heard about people asking their oncologist if a treatment can cure them or not, to which the doctor puts his arm around the patient in a protective, caring manner and says, “We’re going to give it all we’ve got.  We’ll do everything we can.”

This is not an answer.  That doctor most likely knew he could not cure the patient long-term, but just wanted to make the patient feel better and have hope.  Yet, this is a form of false hope that can keep patients from looking into alternative options that might, in fact, be able to cure them!

Another example of false hope was told to me by a woman whose father-in-law was being treated for late stage prostate cancer metastasized to his bones.  Radiation treatments were recommended to the elderly man and this savvy woman, who was herself a doctor, asked the oncologist how long her father-in-law could be expected to live if given the radiation treatments.  The answer she received was something like, “Eighteen months.”  Then, she asked the doctor how long he would live if NOT given the radiation or any treatment at all, and the answer she got shocked her.  She was told once again, “Eighteen months.”

Radiation burns the tissues and can cause pain on the surface as well as inside the body.  How often are doctors prescribing treatments to cancer patients that they know won’t work and that they know will cause great discomfort, simply because they think it will help the patient have hope?

Even though I am an advocate of alternative non-toxic methods, I have never been one to say, “Do this alternative treatment and you will get well,” because I know there are never any guarantees when it comes to cancer and no single treatment cures everyone who uses it.  My position has simply been that alternative non-toxic cancer treatments, when done right and are well-chosen, can offer a better chance for long-term cure – especially when the cancer has metastasized – than conventional toxic treatments.  I’ve seen it happen many times.

False hope can be offered in the world of alternative medicine at times, too.  So this is something to be cautious of as well.  However, what I have learned over my many years of investigation is that nothing even comes close to the amount of false hope put out by our conventional system for cancer treatment.  I am sad to say that in conventional cancer medicine, false hope has become “institutionalized.”

You can protect yourself by asking your doctor the right questions and by doing a little homework to look into the truth of things. Luckily, much of what you will need to know will be covered right here on this blog!

For more details on the re-definition of “cured” and other ways official cancer treatment statistics are fudged, please see Chapter 1 of Outsmart Your Cancer  and the references to work done by Lorraine Day, M.D. and Ralph Moss, Ph.D.

Should We Still Be Running For The Cure?