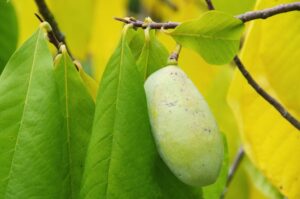 Everyone dealing with cancer should know about Paw Paw . . . ESPECIALLY those who have already gone through or are getting chemotherapy.  Why? Because this amazing plant extract is not only an effective cancer-killing substance, it also may be the BEST thing out there for disabling the mechanism that makes some cancer cells or tumors multidrug-resistant (MDR)!  And it works especially well when combined with Protocel.

So, why do some cancers become resistant?  Probably the most common cause is the administration of chemo.  It can be very discouraging for a cancer patient to do everything their doctor says, then hear their oncologist pronounce that their cancer has now turned into a drug resistant form and is no longer responding to the chemotherapy drugs it initially responded to.  This person is now less able to experience the cancer-killing effects of the chemo and is also now in a situation where they may have more difficulty benefiting from the cancer-killing effects of alternative treatments as well.

How does this happen?  According to Dr. Jerry McLaughlin, a professor and researcher at Purdue University, one of the most common forms of drug resistance occurs when individual cancer cells develop a biochemical “pump” that pumps out anti-cancer agents like chemo before they have a chance to kill the cancer cell.  McLaughlin says that only about 2% of cancer cells will possess this pump, so not all cells have it and those that do are a miniscule fraction of all the cancer cells in any given person.  However, those 2% will be the cells that tend to survive chemotherapy treatments.  (Because they are able to pump the chemo drug back out of the cell.)  Then, when a person is given a break between chemo treatments, a high percentage of the cancer that grows back during that break will be made up of resistant cells containing this pump.  In this way, toxic drug treatments with their required breaks so as not to kill the patient, very effectively select out for the most resistant cancer cells of all.

Luckily, we have Paw Paw to the rescue.  Paw Paw is able to disable that pump!

It is always surprising when we hear about plants with powerful anti-cancer properties that have been growing right under our noses.  In this case, it is the Paw Paw tree, which can be found happily growing naturally in the eastern and southern United States.  This tree produces a very tasty fruit that should not be confused with papaya, which is completely different (though having a similar appearance on the outside.)  It was discovered that all parts of the Paw Paw tree contain natural anti-cancer compounds called “acetogenins.”  That started a decades-long study of Paw Paw for treating cancer, including 7 years of focused study by Big Pharma.  Without a doubt, acetogenins from this tree were shown to kill cancer better than some chemo drugs, but the pharmaceutical company involved (which I believe was Pfizer) eventually abandoned its study of Paw Paw because the acetogenins only worked against cancer in their natural forms and could not therefore be patented.

Fortunately, the medicinal properties of the Paw Paw Tree were also studied by Dr. McLaughlin.  He devoted over 20 years to the study of Paw Paw and what he discovered about this remarkable tree comprises most of what the world knows today about its medicinal properties.  Details about what Dr. McLaughlin discovered can be found at www.PawPawResearch.com, along with a 56-minute video of him lecturing called, “From Discovery to Clinical Trials.”  Shorter videos are included in the Q&A section.

Following Dr. McLaughlin’s work, the supplement company, Nature’s Sunshine, developed a product containing Paw Paw acetogenins that is standardized to cultivation in May from the twigs of the Asimina triloba tree.  This supplement comes in capsules and is called “Paw Paw Cell-Reg.”  The way it works is by drastically reducing the ATP production in the mitochondria of cancer cells.  This robs the cancer cells of the energy they need to survive, which is the same sort of thing that Protocel does, but in a different way.  McLaughlin also discovered that the same acetogenins that rob cancer cells of their energy ALSO inhibit or reduce the growth of blood vessels to tumors.  This is called anti-angiogenesis and serves to slow the growth of cancer.  And, of course, he was able to explain how Paw Paw acetogenins can obliterate the drug resistance of some cancers.  Apparently acetogenins interfere with a cancer cell’s ability to power that pump!

Other conditions that Paw Paw can be used beneficially for are viral infections, MS, cold sores, acne, eczema and psoriasis.  Some claims have even been made that it helps with Parkinson’s.

Normal dosing of the Nature’s Sunshine product for cancer is 2 capsules three times a day with food, and a person can slowly build up to that if they wish.  Some people like to use an immune-boosting supplement along with Paw Paw, such as any good brand of Beta Glucans.  Beta Glucans, on the other hand, are usually taken on an empty stomach, so they would be taken in-between the doses of Paw Paw.

Graviola  (Annona Muricata) is a tree that is very closely related to the Paw Paw tree and also contains acetogenins.  And there are sources of Graviola extract in liquids or capsules that have also been used successfully against cancer, including for pets.  However, Dr. McLaughlin and other experts have claimed that the acetogenins in Graviola are not as powerful as those found in Paw Paw, especially in the standardized extract by Nature’s Sunshine.

Paw Paw Works Well With Protocel and Other Alternative Treatments

According to Dr. McLaughlin, Paw Paw can help maintain the effectiveness of chemotherapy and can be used safely and effectively with radiation as well.  He also claims that it should be fine with any alternative treatment.  I can testify to the fact that many cancer patients have used the Protocel formula and Paw Paw Cell-Reg together for over a decade.  These two non-toxic cancer treatments are each powerful substances against cancer and when used together can really form a one-two punch.

Paw Paw is certainly one of Nature’s great gifts and, in my opinion, is something that every cancer patient would do well to consider as part of their protocol!

Paw Paw is not discussed in detail in Outsmart Your Cancer, so for more information, including scientific articles and videos by Dr. McLaughlin, go to PawPawResearch.com.