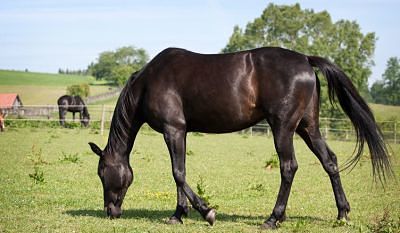 It is always interesting to learn what people’s concepts of alternative cancer treatments are.  Some will envision a vegan diet, lots of juiced  carrots, and handfuls of supplements from the local health food store.  Others may think of alkalizing the body and doing yoga or meditation.  But they never envision something like the Hoxsey Therapy (discovered by a horse), or the Protocel formula.

I am excited to tell you that alternative cancer treatments are FAR more fascinating than most people realize!  And they are of all types.  Some are herbal, some are dietary, and others are just totally unusual and in categories all their own.  Some kill cancer directly, while others don’t.  But the ones that don’t, support the immune system so well that a person’s body can then get rid of the cancer.  And still other approaches may involve killing the cancer directly AND boosting the immune system at the same time.

Amazing Herbal Approaches for Cancer from the Americas

When people think of herbal remedies, they often think of herbs from China or India.  What they may not realize is that some of the most impressive herbal treatments for cancer have come from the Americas!  In fact, the very first alternative non-toxic treatment for cancer to be widely used in the United States was a combination of wildcrafted herbs that became referred to as the “Hoxsey Therapy.”  It was formulated by a horse breeder in Illinois.  The breeder, named John Hoxsey, had to turn his favorite stallion out to pasture because of a cancerous lesion on its leg, from which the horse was expected to die.  John was amazed when the horse didn’t die, but started to get well instead, and he observed that it was grazing on shrubs and flowering plants it didn’t usually eat.  When the horse fully recovered, the breeder used those same plants to create an herbal remedy that worked on humans with cancer, too.  Technically, it was the horse that discovered the combination of herbs through it’s innate sense of what it needed to eat in order to get well.

The remedy was eventually passed down to John Hoxsey’s grandson, Harry Hoxsey, who was able to bring the herbal formula into use far and wide.  Harry was caring, charismatic, and industrious to the point where he was running a main cancer clinic in Dallas and had subsidiary clinics in 17 other states.  Believe it or not, the treatment was so successful that at it’s peak in 1953, the Hoxsey Clinic in Dallas was treating 12,000 patients and was the largest private cancer center in the world!  But the effectiveness of this herbal approach is only part of it’s interesting history.  The rest is the really colorful part.

Morris Fishbein, who was head of the American Medical Association (AMA) at the time, was out to get Hoxsey and had him arrested probably more times than any other person in history for practicing medicine without a license.  This was largely in rural America though, and most of the time Harry did not suffer much from the arrests.  Why?  Because either the sheriff who was supposed to arrest him was under treatment with Harry for cancer, or citizens of the town would gather and protest at the jail, . . .  or the judge or jury members in court knew people who’d been cured by Harry so they’d speedily acquit him. One of Hoxsey’s most vehement opponents was the assistant district attorney of Texas, Al Templeton. Over a two-year period, Templeton had Hoxsey arrested more than 100 times.  But when Templeton’s younger brother developed cancer and conventional medicine couldn’t cure him, the brother went to Hoxsey’s clinic and ended up having a complete recovery.  After that, Templeton reversed his attitude and became Harry Hoxsey’s lawyer instead.  (For more details about the Hoxsey Therapy, see Chapter 3 of Outsmart Your Cancer.)

Yet another herbal cancer treatment was popularized in Canada by a nurse in the early 1900’s.  In this case, the original formula came from an Ojibwa native American medicine man and brewed as a tea.  Called Essiac Tea by the nurse, it was given to thousands of people and like the Hoxsey remedy, also produced countless cures.  Finally, a petition with an incredible 55,000 signatures on it initiated a bill in the Ontario parliament to legalize Essiac as a cancer treatment.  The bill fell just 3 votes short of passing.  However, Dr. Brusch, who was John F. Kennedy’s personal physician, became interested in the formula and worked with it for a long time.  After 10 years of using Essiac clinically in the U.S., Dr. Brusch declared that it was a cure for cancer, period!  (For more details, see Chapter 4 of Outsmart Your Cancer.)

The Hoxsey Therapy and Essiac Tea were both helping or curing tens of thousands of cancer patients when radiation and chemotherapy first became big business in the mid-1900’s, which was behind why they were NOT studied and approved as cancer treatments.  Their histories show us how easily and quickly amazing cures for cancer can be used by thousands of people and documented heavily, then virtually forgotten about in a few short decades.

Finally, in Central and South America, we have some astounding single herbs for cancer that have become prominent and widely used. Two of these herbs are Paw Paw and Graviola, and another is Pau D’Arco.  (Stay tuned for more on these in upcoming articles.)

Other cancer cures have been developed by brilliant scientists or doctors, with their mechanisms of action well-known, but still were never approved for so much as a single clinical trial by our medical authorities.  The Flaxseed Oil and Cottage Cheese dietary approach, developed by German Biochemist, Dr. Johanna Budwig, is one example.  She was such a pioneer in her work that she was nominated for the Nobel Prize seven times.  Then, there was the well-known Laetrile therapy, developed by two famous scientists, which focussed on using a natural plant compound found in many seeds and nuts, along with some dietary changes.  When used in a concentrated form, Laetrile is a powerful smart bomb that only harms cancer cells, not healthy cells, and is clearly understood.

Another was the pioneering American physicist, Aubrey Keith Brewer, Ph.D.  Dr. Brewer focused on the study of cell membranes and developed the highly effective Cesium High pH Therapy.  This approach involved taking the natural minerals cesium and potassium.  Since cancer cells have an affinity for for cesium, they gobble it up.  But cesium is like an “uber” alkalizer and it alkalizes the cancer cells to death from the inside out.  (See Chapter 16 for how Dr. Brewer explained the mechanism of action and for details on real-life cases of people using liquid ionic cesium and liquid ionic potassium for best results.)

However, I found the alternative treatments that are NOT strictly herbal or dietary, to be the MOST interesting.  For instance, one brilliant man from Poland with both an M.D. and Ph.D., named Dr. Stanislaw Burzynski, developed a unique non-toxic approach called Antineoplaston Therapy using small natural peptides that alter specific functions of genes to turn cancer cells off.  He has cured many, many, cancer patients here in the U.S. and independent studies have proven the effectiveness of his approach, including for terminal brain cancer cases.  (Especially in children).  Yet, he continues to have to fight our medical system to be able to administer his therapy in Houston, Texas.   (For more details, see Chapter 8 of Outsmart Your Cancer)

One of the most brilliant geniuses of our time, an American man named Royal Rife, single-handedly developed a better microscope than the electron microscope and also developed a never-before-seen audio/light frequency device.  Using both pieces of equipment, he could determine which frequency was needed to get rid of any particular cancer.  This approach was so powerful that a cancer patient need only be exposed to the frequencies for 3 to 5 minutes every other day for their cancer to completely resolve!  Rife also developed a new theory of how cancer develops that could only be proven with his special microscope, and he proved it over and over again.  Unfortunately, Royal Rife was attacked mericlessly by the same head of the AMA, Morris Fishbein (who also attacked Harry Hoxsey), and Rife’s invention never saw the acclaim and widespread use it deserved.  It was not only possibly the most powerful treatment for cancer ever developed, and it also cured syphilis, gonorrhea, and other illnesses.  Luckily, there are Rife-type frequency machines available today for people to use and many have had success with them.  Thus, Rife’s contribution has not been lost completely, though there may never be anything as perfect as his original technology.  (See Chapter 14 for the details.)

Another brilliant genius in French Canada also did something no one else had done.  He found a way to give cancer cells something they need and want, and by giving them this, could disarm their ability to shut out attacks by a person’s immune system.  Believe it or not, that substance is nitrogen!  (See Chapter 15 for the fascinating history of this unusual approach and how it works.)

And then there is Protocel, which is a liquid formula that was developed by an American chemist named Jim Sheridan.  As a teenager, Jim was an unusal boy who prayed to be able to help find the cure for cancer.  He received the inspiration he was looking for in a dream in 1936 that showed him the details of a formula he could make.  He spent the next 50 years developing and perfecting the formula, which is still available to anyone who wants to order it by phone or online.  (Ordering details are on this site as well as in my book.) Protocel works differently from most treatments in the way it causes cancer cells to die off.  My next blog article will be specifically about Protocel, so all I will say here is that people often see evidence of the broken-down cancer cells coming out of their body when they take this amazing liquid.  It can be very encouraging for a person with cancer to see this evidence that their cancer is breaking down, which rarely happens with other approaches.

There is so much more that is fascinating, but this is all I have room for here.  Hopefully it will open up some reader’s minds to the wide variety of ways cancer can be dealt with, and also to the fact that sometimes the best methods for treating cancer were already used in the past.  We don’t need to be constantly looking around the corner for the next new cancer treatment discovery as much as we need to revisit what has already worked for many, many people in the past!